Everyone who spends time in foreign countries or work with foreign works needs a translator. There was a time when people relied on dictionaries to translate words and sentences from one language to another. These days there are plenty of translation applications that make the process a whole lot easier. PhotoTranslator takes it a step further. It lets you translate words and sentences by taking a picture of them. 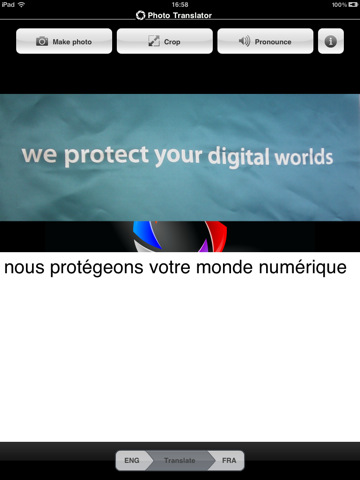 PhotoTranslator is a great app to have with you just in case you are stuck in a foreign country. All you have to do is provide it with a picture of a sentence you want to translate and the app does the rest for you. The app supports 30 languages and even pronounces your translations for you. You just want to make sure you capture high quality pictures and edit your pictures to provide this app with something to work with. 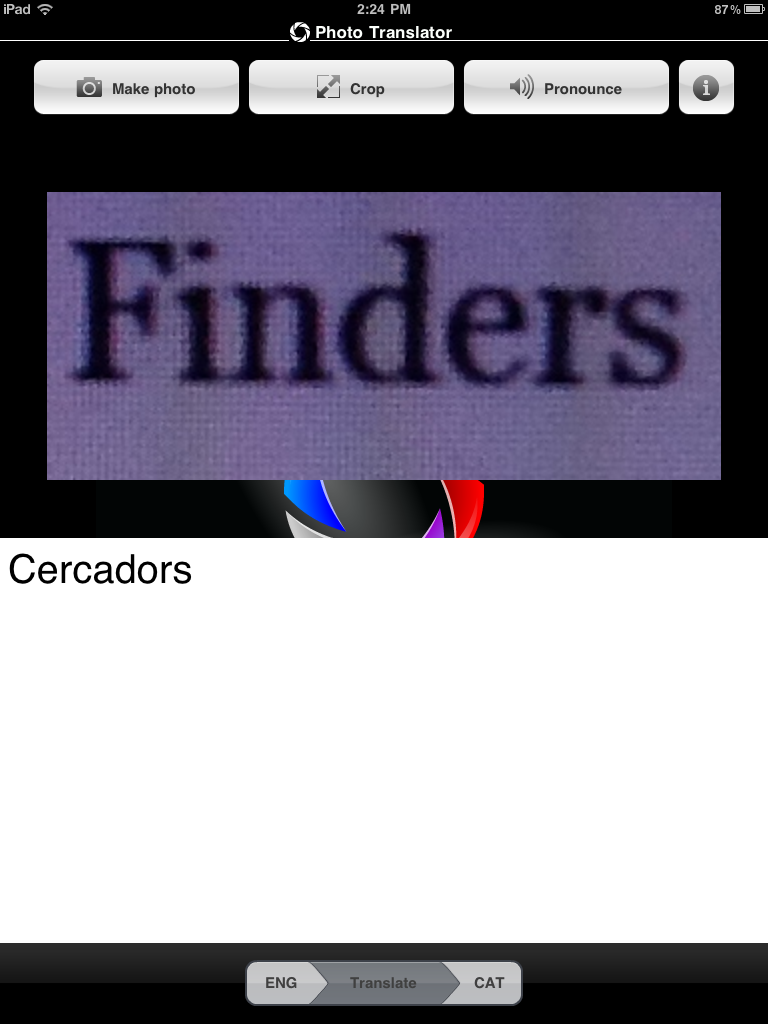 PhotoTranslator has an easy to use interface and can do a good job getting you unstuck. I probably would not use it for scholarly works. At the same time, it gives you options on the go. The app does have some minor bugs and did crash on us one time. But we have not been able to replicate that issue. Image recognition feature in this app could be a tad bit improved. To get the best results, you want to use the crop tool and narrow down the covered area in your image to the words that you want translated. PhotoTranslator is based on a neat idea and has a lot of potential. Perhaps with a better camera on iPad 3, this app will be even more effective. 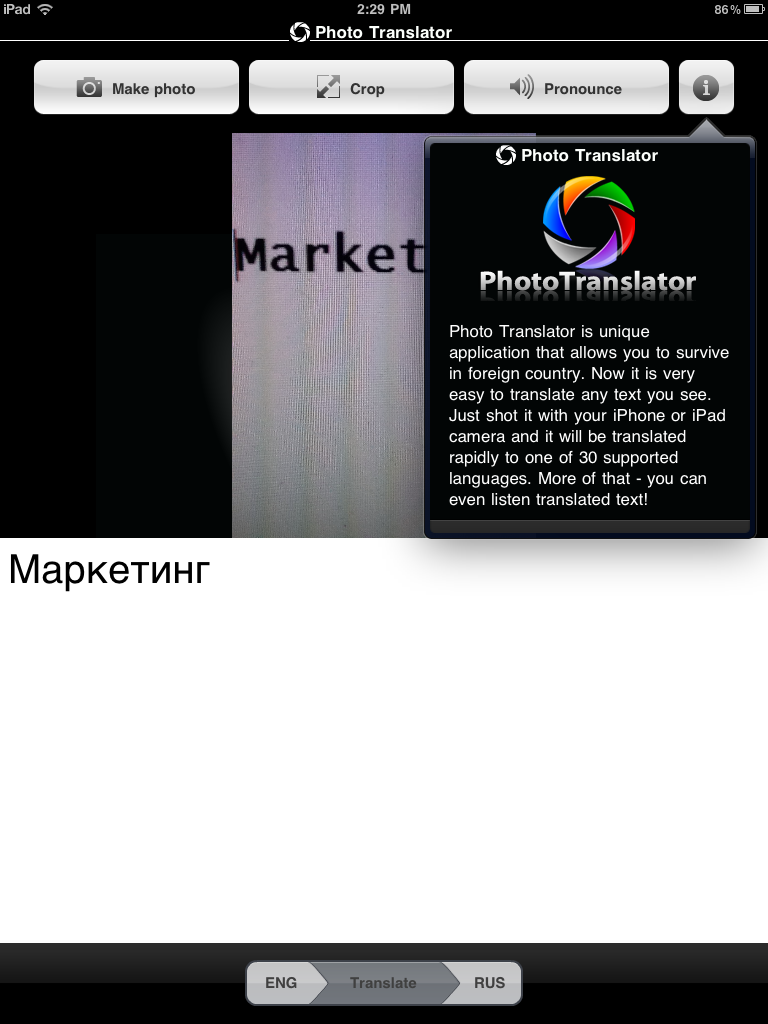 P.S. The developers behind this application have provided us with multiple copies to give away. Instead of throwing a contest, we have decided to share them here (you can grab them and use them if you grab them first). We wanted you guys to try this app and give us some feedback on your result. So please use these coupons:

Please share your experiences with PhotoTranslator and how you would go about improving it. Don’t forget to support the developers’ work if you like this app by leaving a review in iTunes.