Astronomy applications for iPhone have been quite popular among those who are into stargazing and can’t get enough of it. They can not only be great learning tools but also save you time looking up the objects you are interested in. iPad astronomy apps take it to a whole new level though. These apps take full advantage of iPad’s larger screen to provide their users with a richer experience. If you are into astronomy and want to use your iPad to learn more about the objects in the sky, you should not miss these applications: 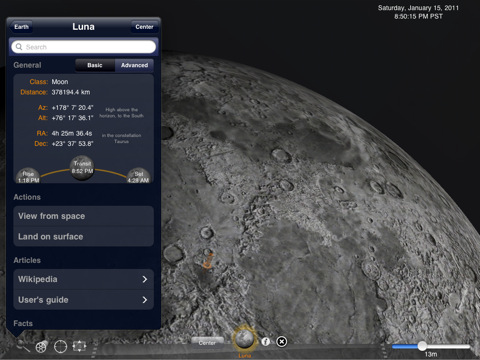 Luminos: one of the most sophisticated astronomy applications we have tested. It has superb graphics and lets you explore the heavens to your heart’s desire. It covers 2,500,000 stars, thousands of galaxies, nebulas, and asteroids. 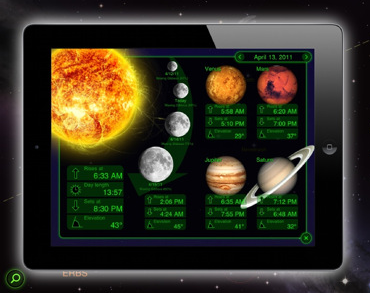 Star Walk for iPad: brings augmented reality stargazing to your iPad. Just point it to the sky to see what you are looking at. 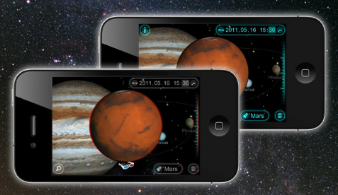 Solar Walk: perfect for those of you interested in finding more about our solar system. Its 3D mode offers you a breathtaking experience on your device. 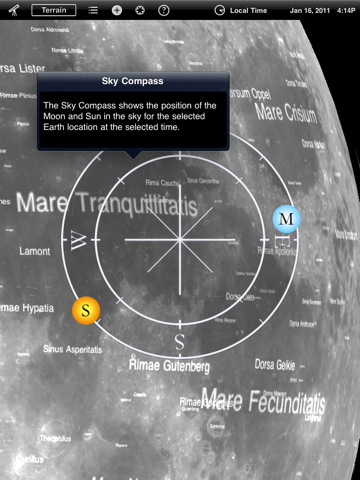 Moon Globe: want to find out more about our moon and its features. This app has you covered. It is like having an atlas of the moon on your tablet. 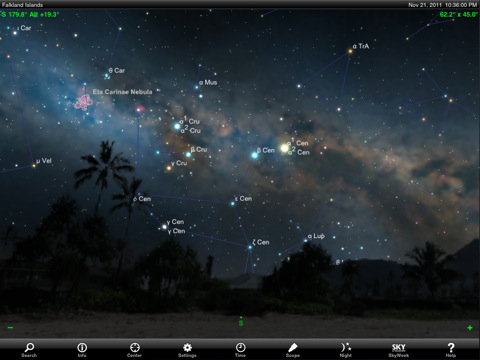 SkySafari 3 Pro: perhaps the most comprehensive astronomy application for iPad. It covers 15.3 million stars from the Hubble Guide Star catalog, 740,000 galaxies, and over 550,000 solar system objects. It takes a ton of space on your iPad though. 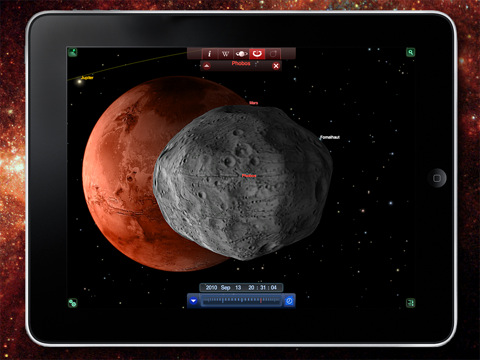 Redshift Astronomy: allows you to take 3D trips to objects in our solar system. Provides you with all kinds of useful information on various objects in the sky. 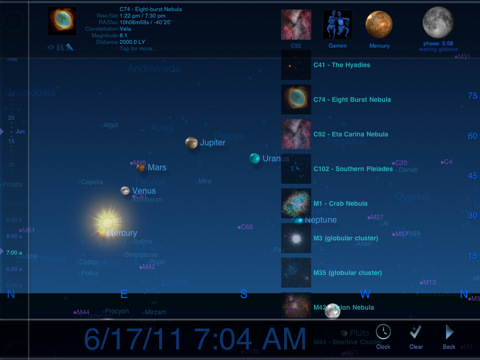 Distant Suns: one of the most popular astronomy applications that we have ever tested. It is compass aware and perfect beginners and advanced users. 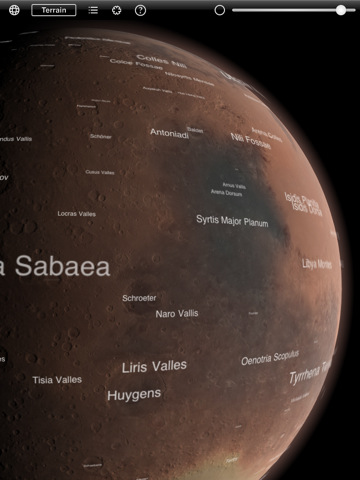 Mars Globe for iPhone: it is like having your own personal Mars guide. This is an interactive Mars atlas that can teach you a thing or two about the red planet. 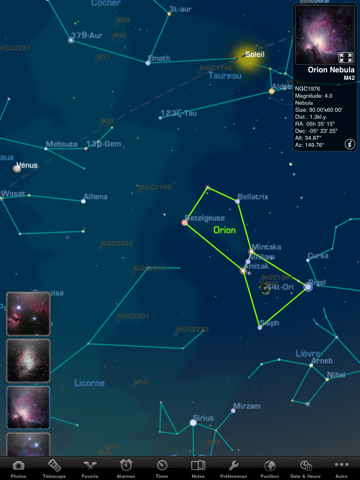 Starmap HD for iPad: a pretty handy tool for stargazers. It makes it easier for beginners to find the objects they want to explore using their telescope. 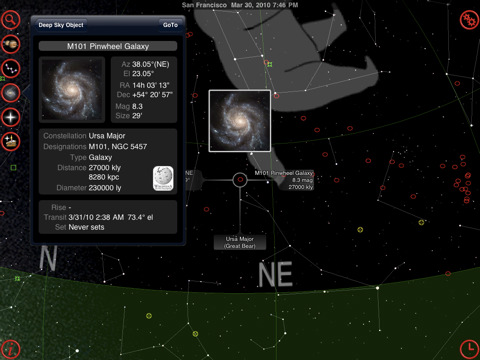 GoSkyWatch Planetarium: it is like having your own GPS for the sky. Just point and identify what you are looking at. 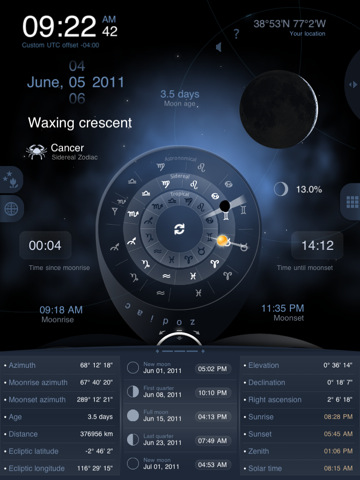 Deluxe Moon HD: the best moon application for iOS hands down. It shows you all kinds of useful information on the moon. Lunar horoscope and gardening are covered too. 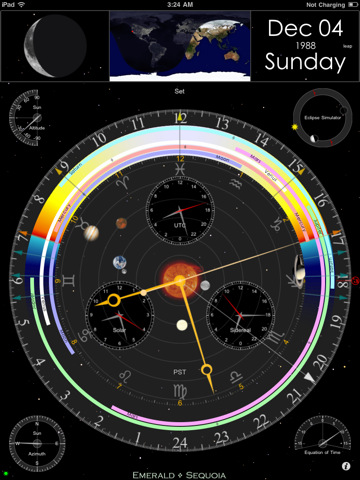 Emerald Observatory for iPad: provides you with all kinds of useful astronomical information, including rise and set for the Sun, the Moon, and the 5 classical planets. 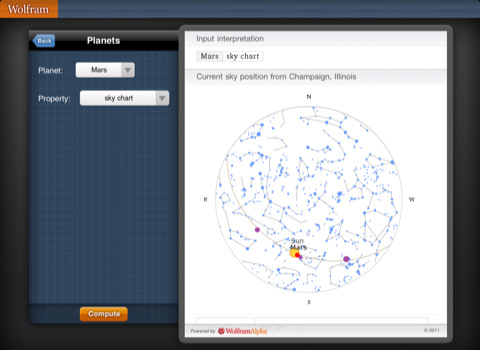 Wolfram Astronomy: new to the field of astronomy? This informative application covers the theory part of it. Great for astronomy students. 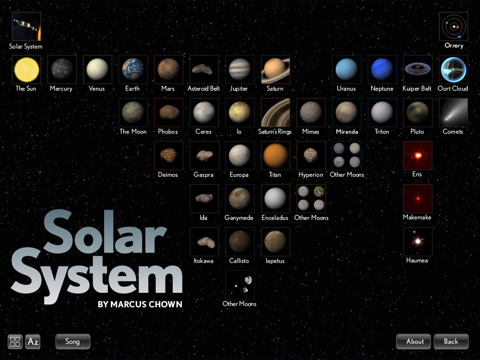 Solar System: a superb digital book that offers you hours of interactive experience. It contains a ton of useful information on the planets and their moons. 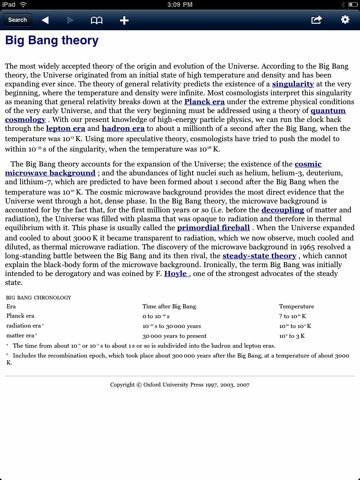 Astronomy – Oxford Dictionary: want to quickly look up a certain astronomy topic? This dictionary has you covered. 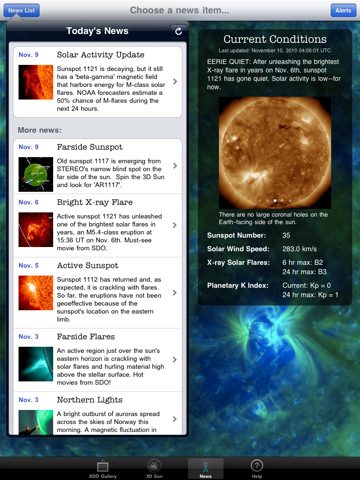 3D Sun for iPad: interested in exploring the sun in 3D and finding more about it? This application provides you with useful information on the our star. 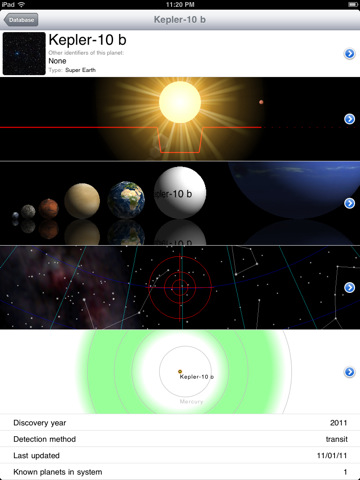 Exoplanet for iPad: into exoplanets much? This application has a database of all discovered extrasolar planets. Links to a ton of scientific publications, which is nice. 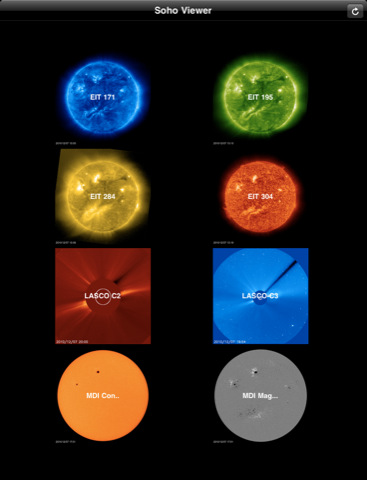 Soho Viewer: a free application that brings the latest images from the Solar and Heliospheric Observatory (SoHO) to your iPad. 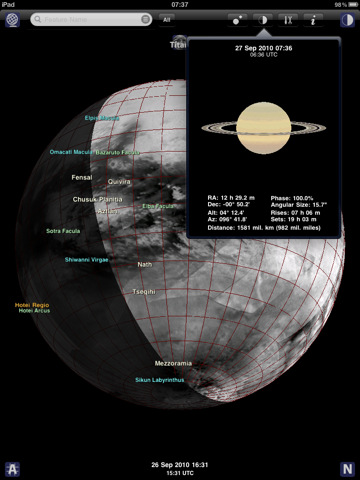 Saturn Atlas for iPad: covers Saturn’s 7 moons and over 400 features. Date, location, and time can be changed. 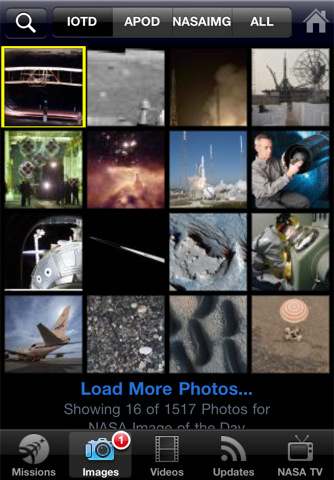 NASA App: includes thousands of images from NASA and other programs. Offers live streaming of NASA TV. It tracks satellites too.

Which is your favorite astronomy app for iPad?