The pyramids are one of the greatest wonders of our universe. Those of you who have had a chance to view them in person know what a privilege it is. But not everyone gets to travel to Egypt. The good news is there are plenty of apps and tools that could provide you with all kinds of useful information on the pyramids. Pyramids 3D is a premium application that teaches you a thing or two about these ancient sites. 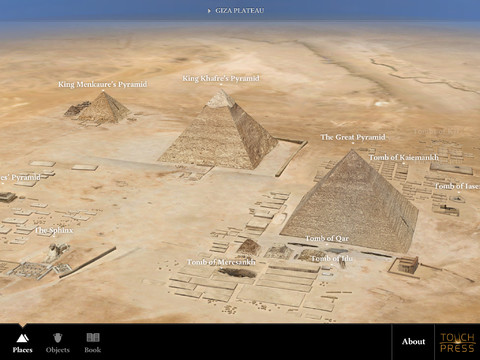 Pyramids 3D provides you with a detailed view of the Giza plateau. All three main pyramids are covered. You can also explore the Sphinx and 8 tombs. There are plenty of quality photos included with high quality wall paintings. The introduction for the tombs are animated and narrated by Egyptologist Bram Calcoen. 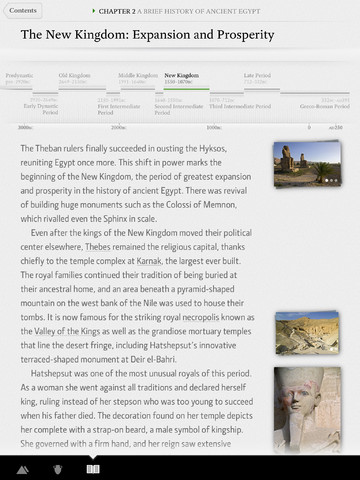 Pyramids 3D for iPad is pretty awesome looking and has a ton of useful information and photos on Egypts’ ancient sites. We would love for the app to have more meat to it as far as content goes. But it has a lot of potential.