The football season has already started. Many of us were worried that the season might not even start on time. But the players and the owners finally reached an agreement in time. If you are a fan of football, chances are you participate in fantasy football leagues. Doing research and staying on top of the game should not be difficult for true football fans. But these 5 fantasy football apps for iPad can make your job more convenient: 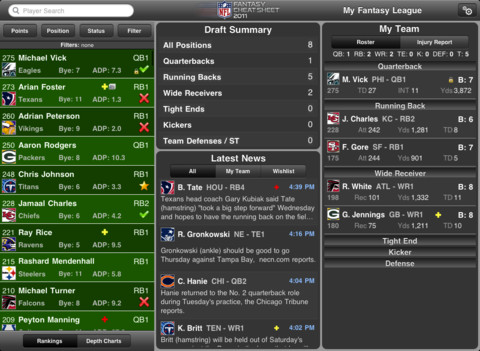 NFL Fantasy Cheat Sheet for iPad: provides you with the latest news and developments in the world of football. It has a pick recommendation system to improve your game. One of the best apps we have tested in this category. 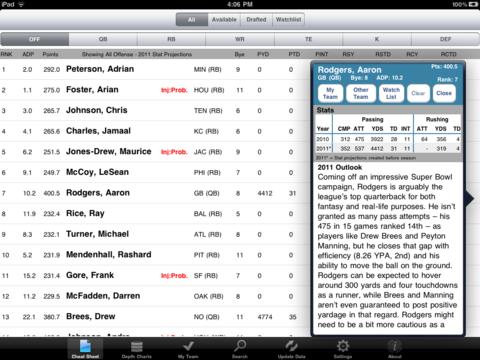 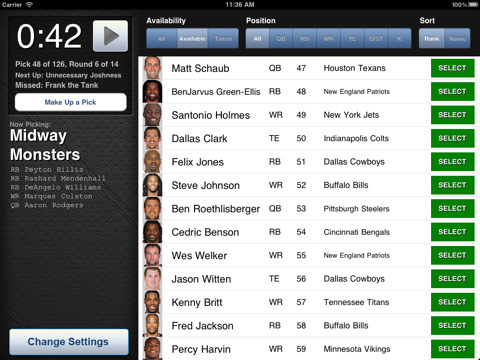 Draft Board for Fantasy Football: a fantasy football manager application for your tablet. This is essentially an electronic draft board. 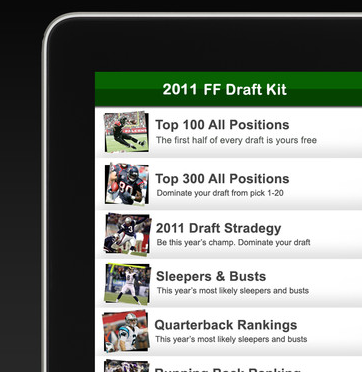 Fantasy Football Doctor 2011: developed for those of you who want to become more productive playing Fantasy Football. It offers you draft day strategy guide and cheat sheets for all teams.