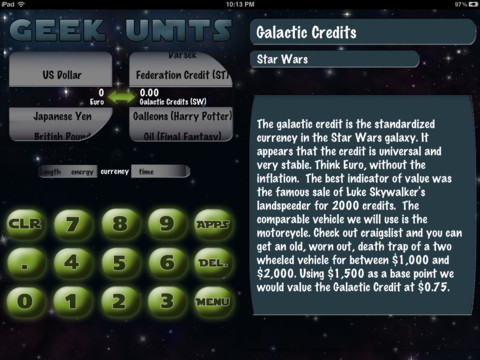 Geek Units covers plenty of fictional units, even some that you may not be familiar with. The user interface is kind of old school but is more than adequate. It also includes information on the units, so you can learn a thing or two by playing with this app. 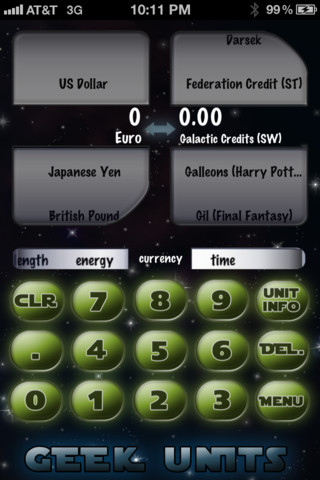 Geek Units is compatible with the iPhone and iPad. It has plenty of fun units and is more than entertaining for the geeks among us. It has a lot going for it.