As someone who has been to many countries around the world I can tell you that the subway systems in the U.S. are not as rider friendly as they could be. Things are so easy to figure out in Europe in comparison to the way things are in the U.S. But thanks to All Subway HD, it won’t matter where you are. It’s a database of subway maps for some of those important cities around the globe. As long as you have your iPad, you won’t be lost when taking a subway train. 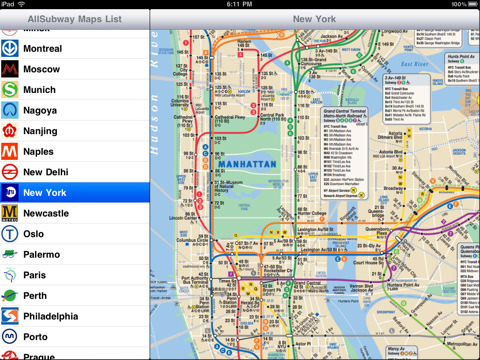 All Subway HD has over 100 maps of top cities from around the globe. New York, Philadelphia, Barcelona, Sao Paulo, and even Tokyo maps are included in this app. You can easily zoom in and out and view your maps in portrait and landscape mode. As long as you can read the maps you are looking at (understand the language), you should be fine with these maps. 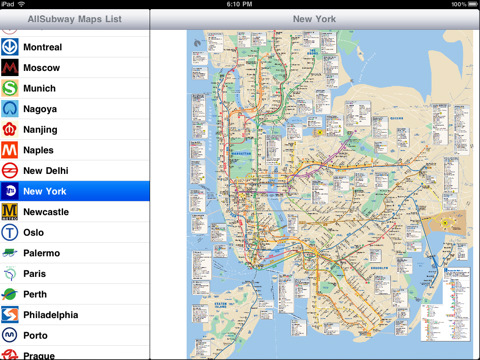 I like the fact that the developers are dedicated to bringing more maps to this app. More interactive maps would help though. Still, All Subway HD is a traveler’s best friend.