Your iPad may be great for a lot of things. It can also be a great time waster if you are into playing those addictive games on your device. But in certain situations, it can save you time as well. Take Beat The Traffic. It’s a free iPad application that is designed to help iPad owners avoid congested roads and get to their destination without having to waste too much time being stuck in traffic. 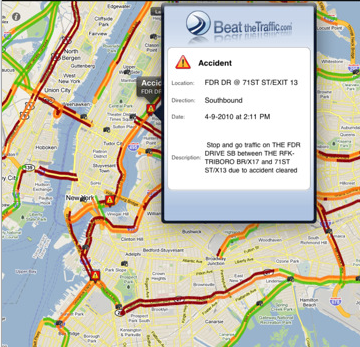 Beat the Traffic provides you with live traffic maps and shows you which areas you need to avoid. It covers both U.S. and Canada cities, so you won’t need to use a separate app if you live up north. The app provides you with accident areas, and it even tells you what is going on in those areas. It also provides you with weather information, which is a plus. 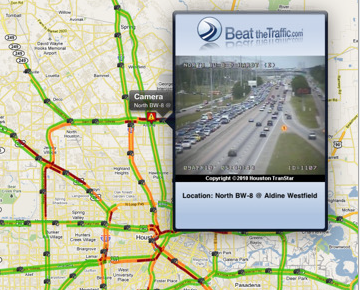 Beat The Traffic gives you access to live cameras in 31 cities, including major cities such as New York City, Houston, San Francisco, and Denver. So you can watch what’s happening in real time in those areas. The app did crash on a few times and the speed could certainly be improved. Nevertheless, Beat the Traffic does what it promises.