Many developers assume that in order to have a successful game in iTunes, they need to work hard on their graphics and details of their animations. It never hurts to have those, but plenty of games have made it to the top of the best seller charts without the best graphics. Super Mega Worm is one of those games. It’s quite a neat game that is very addictive and fun to play no matter where you are. 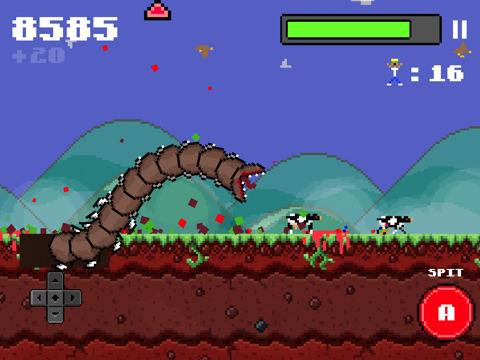 The game’s concept is pretty simple. You are in control of a big worm and should aim to destroy everything that is threatening the mother nature. You can pick up points by eating all kinds of things. It has 24 awesome levels and 3 destructive abilities. Its control schemes are easy to get a handle on too. 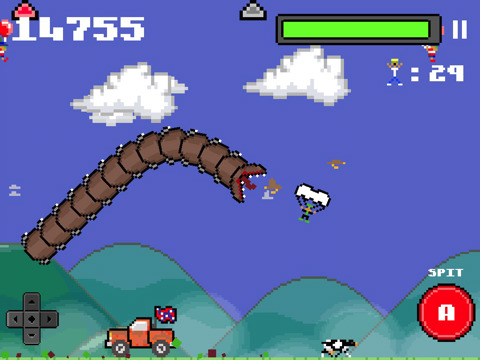 Super Mega Worm is not only addictive but it’s quite a lot of fun too. The controls are easy to handle. The app supports Game Center too. It does not get old fast and can get you in the right mood after a few minutes of play time. Who would have thought a worm game can be this much fun?