Apple iPad is not a computer. At least not a traditional one. That does not mean it’s operating on magic. Just like your regular PC, it has memory, processes running in the background, and other information that you can find on your traditional computer too. SystemInfo for iPad is a cool app that lets you access that information and keep on top of your device’s performance. 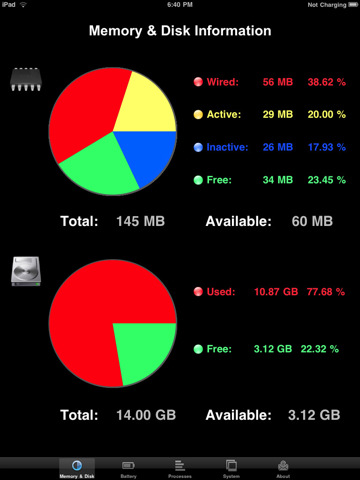 SystemInfo for iPad is pretty simple to use. Just load it up and watch what’s taking space in your memory. This app shows you how much memory is being consumed on your device and how much you have left. That applies to your storage too. That’s not all. You can even figure out which specific processes are running on your iPad. 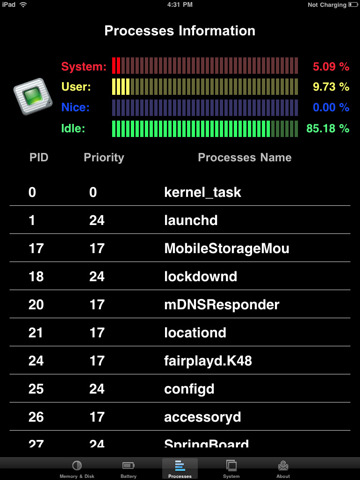 The battery information is pretty useful too, especially if you want to roughly know how much time you have left before having to charge your iPad. SystemInfo for iPad gives you information on software versions running on your iPad too. 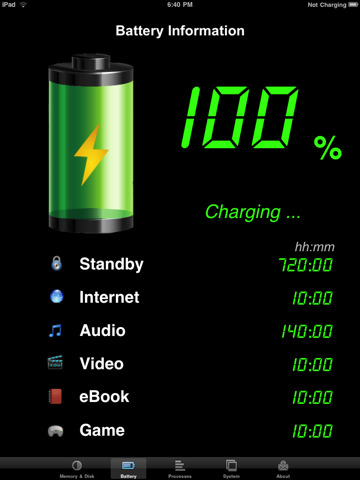 You may not have Ctrl+Alt+Delete on your iPad, but thanks to SystemInfo for iPad you won’t need it. This app is simple to use and gives you all the information you need about what’s going on your iPad.


*Disclaimer: Our articles may contain affiliate links. Please read our disclaimer on how we fund this site. As an Amazon Associate, we earn from qualifying purchases.
Categories
Paid AppsUtility iPad Apps
Tagged
systemutility